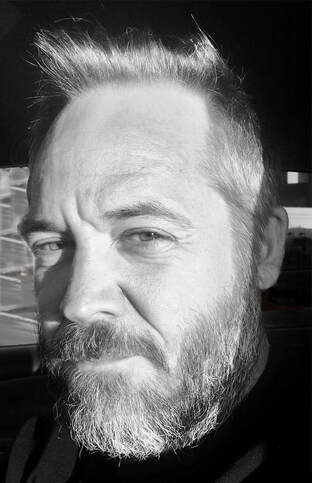 Todd Fredson is a poet, a critic, and a translator of Afro-francophone and West African literature. He is the author of two poetry collections, The Crucifix-Blocks (Tebot Bach, 2012), which won the Patricia Bibby First Book Award, and Century Worm (New Issues Press, 2018).

He has made French to English translations of two books by Ivorian poet Josué Guébo, My country, tonight (Action Books, 2016) and Think of Lampedusa (African Poetry Book Series, University of Nebraska Press, 2017), a collection for which Guébo won the Tchicaya U Tam'si Prize for African Poetry. Fredson has translated from French two collections, as well, by Ivorian poet Tanella Boni, The future has an appointment with the dawn (APBS, UNP, 2018), which was a finalist for the 2019 Best Translated Book Award and the 2019 National Translation Award, and There where it's so bright in me, a collection for which Boni was awarded the Prix Théophile Gautier from the French Academy (APBS, UNP, 2022).

Fredson's translation from French and Bété of Bété poet Azo Vauguy's poetry collections Zakwato and Loglêdou’s Peril are forthcoming as a double-translation (Action Books, 2023). Zakwato is an adaptation of a myth from the Bété ethnic group in Cote d'Ivoire, and Loglêdou’s Peril extends a journey of terror, vigilance, and colonial resistance through the Bété ethno-psyche. Fredson collaborates with West African slam poets and storytellers, as well, recently creating the visual narrative The Diary of Sinali Karamoko: Au Maroc.

Fredson's poetry, translations, nonfiction, criticism, and editorial curations appear in American Poetry Review, Boston Review, Jacket2, Research in African Literatures, Best American Experimental Writing, Warscapes, and other journals, anthologies, and blogs. He holds an MFA from Arizona State University and a PhD in Creative Writing and Literature from the University of Southern California. Fredson specializes in 20th and 21st century poetry and poetics, transnational and decolonial studies, African literature and poetics, and literary translation. His work has been supported by Fulbright and NEA fellowships, a Virginia G. Piper Fellowship for Cultural Exchange, and other kindnesses.